The headlines are full of woman being battered today. A woman protesting in Egypt stripped and stomped on the street. Another was set on fire in a New York elevator and burned to death. But not to worry, the same web page that carries the gruesome story of an unimaginable horrible death has several links to stories in their right hand column scroll about Kate Upton's sexy curves, about Sofia Vergara's sheer tights, about FHM's nude front cover model. So simultaneously we are supposed to be shocked at the dehumanization of women and then to see them as objects of sexual desire. Leave them alone! 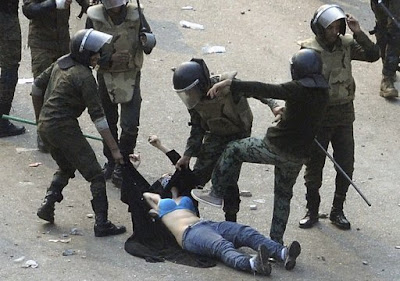 Last week a nine year old girl, was raped by a  man in the district of Samundari Tehsil, Faisalabad, Pakistan. The child is still in a state of shock and suffering both physical and psychological trauma.


"On December 10 the third grader returned from school to bake chapatti bread with her sister-in-law. She went with her 7-year-old cousin to collect firewood in a nearby sugarcane field. After a short time, the cousin came home and reported that Gulfam had been dragged away by a man. When relatives arrived at the scene, they caught the rapist red-handed, who then immediately fled.


Gulfam's mother took the half-naked girl home. Then the parents went to the police to report the rape, who then arrested the suspect. But the family is still terrified. The relatives of the rapist have already tried to intimidate Gulfam's family withdraw the charges. The girl said when she refused the rapist's offer of money, he then taped her mouth and assaulted her. The assailant reportedly told his victim “not to worry because he had done the same service to other young girls.”" 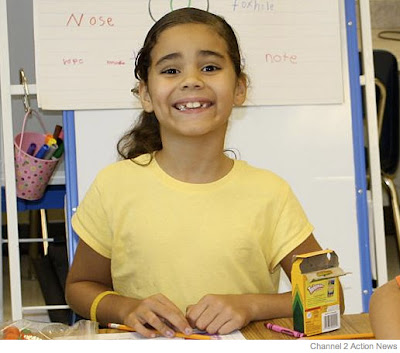 Or what about precious 7 year old Jorelys Rivera (above) who was raped, stabbed and then beaten to death on December 6. LEAVE THE GIRLS ALONE!!!


Everyday in India girls are the victims of gendercide. This story from the International Business Times suggests that number is 50 thousand a month and that the total missing from this generation are 40 million girls. The article goes on to state, "Since 1980, Elizabeth Vargas reports that an estimated 40 million girls are "missing" due to sex-selective abortion, neglect or murder. Vargas spoke with Ruchira Gupta, a women's rights activist, who said, "It's an obliteration of a whole class, race, of human beings. It's half the population of India." He said, "We put very little value to girls or to women. So they are always in danger, from birth to death. If they are born, then they might be murdered just because they are girls."


The main reason for the gendercide is money. Families must pay expensive dowries to marry off daughters. When a boy is born, he will bring in the money; when a girl is born she is a steep expenditure. This is the main reason families promote abortion of daughters. Dowery expenses increase year after year. Once a girl weds, her family is required to pay this fee. If they do not, the girl is "often beaten, tortured, even burned to death. And while dowries have been illegal for decades, the law is often ignored."


Despite the fact that one might assume the gendercide tactic is practiced by the poor and destitute, it is the rich and educated who use sex-selection abortions most frequently. Vargas reports that census data shows that the problem is becoming more severe in the most elite areas. In some neighborhoods, there are only 300 girls for every 1,000 boys.


Vargas spoke with a female doctor who described her harrowing tale of struggle and torture when her family discovered she was pregnant with twin girls. The doctor's husband's family demanded she get an abortion, but she refused. Because she did not give her husband a son, she was deemed a "useless wife." His family then tried to force her to miscarry by denying her food and feeding her eggs, which she is allergic to. When her daughters were born, the grandmother pushed one of them down the stairs.


This woman is not alone. Her story is familiar to many. Yet, for others forced to give up their daughters, there is hope and salvation. In the northern region of the country, Vargas traveled to orphanages, known as "Cradle Houses." Unwanted daughters are brought here, dropped down into a drop box and given over to those willing to shelter and care for the discarded."Mostly these girls are half-dead," said one volunteer, "because their mother take [sic] so many medicines for the killing, to try to poison them."


Below the original ABC news story from reporter Elizabeth Varges. Please watch these both, the story starts after a 30 second commercial and is incredible. Both are worth the few minutes of your time!!!

Throughout this world there are millions of women trapped in the illegal sex trade. 100's of thousands of them are young girls, some as young as 4 years old. They are brutalized ten sometimes twenty times a day. For as little as a couple of dollars so disgusting men can get a few seconds of perverse pleasure, leaving these babies scarred for a lifetime. There are no excuses. There is no apology that will suffice. We must stand as a united front of loving people and end the mentality of second class citizens and gender imbalance. We must celebrate the differences between the sexes, we must champion the rights of women. We must demand the laws be enforced. We must get on top of our soapboxes, at work and play and church and we must scream from the top of our lungs:


Please before another generation of women is systematically erased. Please for your daughters, your mothers, your wives and yourselves. This is the fight of our lives. If you would like to help Conspiracy of Hope and Prishan Foundation with our current project to protect 34 precious orphan girls from a life of homelessness you can do so here or more preferably directly to Prishan Foundation here.


From all of us at Conspiracy Of Hope thank you for caring about justice for women, for being their voice when they are silenced by brutality, enslavement and draconian law. Thank you from the bottom of our hearts.