Human Trafficking Of The Mentally And Physically Disabled 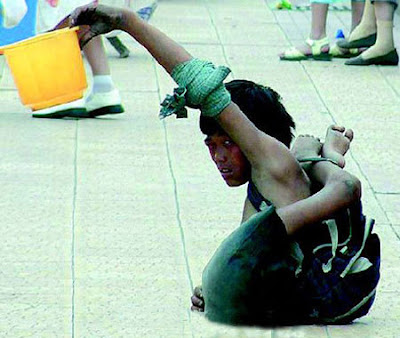 There are few facets of human trafficking that are more desperately evil than the exploitation of the mentally and physically disabled. It has been a subject that we have touched on at COH before. But since that time there have been numerous documented cases of the trafficking of disabled persons. Whether this is a testament to the added scrutiny from governmental and non-governmental agencies in chronicling the phenomena or it is the rate at which these truly vulnerable people are being exploited, is not clear. What is painfully clear is this is one of the most gut-wrenching, cruel and horrific injustices in the world today.

In the 2012 T.I.P. report the US State Department outlines the issue this way:


"This Report includes recent reports of the abuse of deaf domestic workers in the United Kingdom, addicts forced to labor in fields in the United States, people with mental illnesses and developmental disabilities enslaved in Chinese kilns, and persons with developmental disabilities forced to work as peddlers on the streets of India. Persons with disabilities remain one of the groups most at risk of being trafficked. Due to disability-based discrimination and exclusion common in many places, however, governments often ignore this risk factor or fail to make provisions for persons with disabilities as part of anti-trafficking efforts.

The stigma and marginalization of a person with disabilities creates a particular vulnerability. For example, parents who see no hope of jobs or marriage for their disabled children may place those children in exploitative situations with the intent of shedding a “burden” or seeking income. Where schools fail to accommodate students with disabilities, high drop-out rates leave them on the streets and at much higher risk of being trafficked in forced begging or other criminal activities. The commonly held view that persons with disabilities are not sexually active increases the risk of sex trafficking for persons with disabilities, especially disabled women and girls. For example, a Global HIV/AIDS survey conducted by the World Bank and Yale University showed that women and girls with disabilities were assumed to be virgins and thus targeted for forced sex, including by HIV-positive individuals who believed that having sex with a virgin would cure them.

In 2011 Newsline online reported "a 20-year-old disabled man Sajad Chadar was rescued by the Khairpur police as he was being kidnapped. Chadar was the victim of a gang involved in the abduction of individuals with disabilities for purposes of trafficking to Iran and other Gulf countries where they are forced into beggary." What police found was over two hundred disabled and child trafficking victims.


Mujahid Shaikh, a 25-year-old disabled man was also trafficked to Iran, but managed to return to Pakistan. He recounted for police “The kidnappers are ruthless; ...[t]here are hundreds of people with disabilities, including children, living in the custody of Kashmir Jafri in Iran."

The article goes on to state: "Shockingly, often the very people who are ostensibly the caregivers of the handicapped victims are themselves guilty of complicity in their ordeal. There is a standard modus operandus. After a disabled candidate has been identified – usually hailing from an impoverished family – the trafficker will develop a link with his parents or guardian, and entice them to partner with him in a business enterprise involving their son/charge. He offers them money – that too in advance – for their compliance."

In 2009 Chinese authorities arrested 10 men for trafficking 32 individuals with physical disabilities and forcing them to work in brick kilns in the Anhui province. (2010 T.I.P. Report) "The report echoes a major scandal in 2007, when Chinese media found least 1,000 people forced to work as slaves in brick kilns in Shanxi province, following a father''s desperate search for his missing teenage son. Many of the brick kiln slaves were mentally handicapped people, some of whom were so confused they did not know where they had come from, media reported at the time." (DNA) 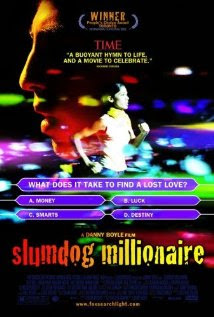 In Danny Boyle's movie Slumdog Millionaire criminals take homeless children and force them to beg. And to add to the sympathy factor some of the children are forcibly blinded. This fictional account resembles all to closely the reality and embodiment of the philosophy behind the trafficking of persons into forced begging. A child or homeless person may elicit certain sympathies and a few pennies from a stranger but add to that dynamic a disability and the sympathy and spare change grow.

In her book Trafficking for Begging: Old Game, New Name author Iveta Cherneva states that in forced begging situations a handicapped child earns three times more than a healthy child. A survey by the Stop Child Begging Project in Thailand found that disabled children earn as much as 1000 baht a day, as opposed to a healthy child beggar who earns 300 baht a day. Well over 3 times as much.

While forced begging makes up a large percentage of the exploitation the disabled face around the world, sex-trafficking is also a very real, deeply disturbing reality for persons with disabilities.

In a sex slavery case that U.S. Attorney Beth Phillips called "among the most horrific ever prosecuted". Four Missouri men who paid a fifth man to either watch him torture a mentally disabled woman online or torture her themselves; sexual and physical torture that lasted five years, until one of her abusers induced a heart attack while suffocating and electrically shocking her on Feb. 27, 2009. You can read the full horrific account here. It is deeply disturbing and NOT for the weak at heart. And reveals that the victim was 16 at the time her abuse began.


This March another Missouri man pled guilty to sex trafficking two women into prostitution, including a mentally disabled woman. Federal prosecutors say 26-year-old Carl Mathews of Breckenridge Hills forced the women into sex in the St. Louis area from 2010 through October 2012. Authorities say the mentally disabled woman was forced to sleep and use the bathroom in a closet, and was supplied with little food. The woman was also beaten and set on fire. ( Associated Press)


In a case study from the 2012 T.I.P. report Saeeda, a deaf Pakistani woman, was ten years old when she left Pakistan for Manchester, England for a job as a domestic worker. For nearly a decade, she was abused, raped, and beaten by her employers, a Pakistani couple. Now in her 20s, Saeeda told the courts that she was confined to a cellar and forced to work as a slave.

During the four years that investigative journalist Benjamin Skinner researched modern-day slavery for his book, "A Crime So Monstrous," he posed as a buyer at illegal brothels on several continents and says he is most haunted by an experience in a brothel in Bucharest, Romania, where he was offered a young woman with Down syndrome in exchange for a used car.


UNICEF reports, “[s]ocial beliefs about disability include the fear that disability is associated with evil, witchcraft or infidelity, which serve to entrench the marginalization of disabled people”  As a result, these children wind up in orphanages where they are much more susceptible to violence. Women and girls with disabilities are especially vulnerable to physical and sexual violence which puts them in danger of unplanned pregnancies due to sexual exploitation.

A child who requires assistance with washing, dressing and other intimate care activities may be particularly vulnerable to sexual abuse. Perpetrators can include caretakers, attendants, family members, peers or anyone who enjoys a position of trust and power (UNICEF, 2007).

Not only are disabled children dumped off into the system and stripped of their inalienable human rights, but as they grow up they are blacklisted from employment. (UNIAP, 2007).  In Cornell University’s 2007 Disability Status Report, they show that the employment gap between individuals with and without disabilities is 42.8%, in the United States alone (Baker, 2008). This enormous gap in employment exacerbates the vulnerability of poverty that these individuals experience by denying them access to a self-sustaining life with gainful employment. (traffickingproject.org)

Along with superstition, religious pretense has often been used as a justification for exploitation. In India the devadasi are young girls given to the temple of the goddess Yellamma to serve as sex slaves. The disabled fall victim to similar practices of religious exploitation.

"Outside a Muslim shrine in a dusty Pakistani city, a "rat woman" with a tiny head sits on a filthy mattress and takes money from worshipers who cling to an ancient fertility rite.  Nadia, 25, is one of hundreds of young microcephalics -- people born with small skulls and protruding noses and ears because of a genetic mutation -- who can be found on the streets of Gujrat, in central Punjab province.  Officials say many of them have been sold off by their families to begging mafias, who exploit a tradition that the "rat children" are sacred offerings to Shah Daula, the shrine's 17th century Sufi saint.


According to local legend, infertile women who pray at Shah Daula's shrine will be granted children, but at a terrible price. The first child will be born microcephalic and must be given to the shrine, or else any further children will have the same deformity.

"Some of these children, the handicapped ones especially, are accompanied by relatives," he told AFP. "But begging gangs also look for poor parents who will sell them because they are a burden to feed and shelter."  Sohail said his department had busted more than 30 gangs across the province involved in exploiting street children, some of which had broken the limbs of children so that they would earn more as beggars." (AFP)

With current refugee crises around the world the disabled find themselves at extreme risk for trafficking. "Migrating may be particularly challenging for a person with a disability. In the context of forced migration, persons with a physical or mental disability may benefit less from early warning systems and may also be more easily disoriented during the process of flight. Assistive devices may be lost or left behind, creating another layer of vulnerability in an already dire situation. In addition, although denying an immigration application solely on grounds of disability (and leaving a disabled person isolated or permanently separated from their group) is a human rights violation , such cases have been recorded in different countries of the world." (The International Organization for Migration)

As always, from all of us at COH, thank you for being a voice for the voiceless. And when it comes to the most vulnerable among us, the children and the mentally and physically disabled, please let your voice be ever loud, ever clear, and ceaseless in its resolve. This evil must end, and in our lifetime. Please call the National Human Trafficking hotline 1-888-3737-888 if you suspect trafficking. Do not be afraid to ask questions or to speak up if something just doesn't seem right. And in the cases of the disabled remember their ability to communicate or even appreciate the severity and urgency of their situation may be severely inhibited or even totally compromised.
Posted by Mark Langham at 6:13 PM


Please be a voice for the voiceless.