Today is Holocaust Remembrance Day. A day to set in our hearts an eternal flame for the memory of the 15 million civilian victims of the Nazi purges and death camps. A day to reignite what evil extinguished. 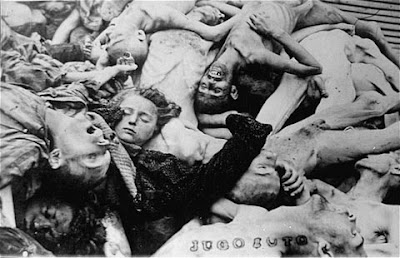 Above: The hatred and barbarism perpetrated on the Jews at the hands of Hitler and his Nazis can only be described as demonic. For only Hell could conceive such evil. Only hell can fuel such hate. 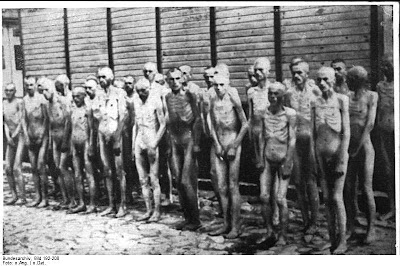 Above: Soviet POW's waiting for the gas chamber 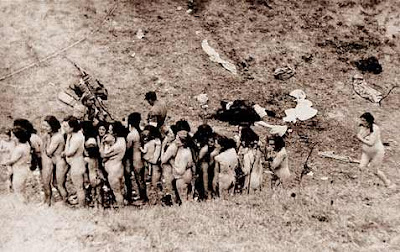 Above: Polish women, children and babies being stripped, rounded up, shot and then thrown into a mass grave.

Above: A group of Roma, apparently being nomadic was criminal. 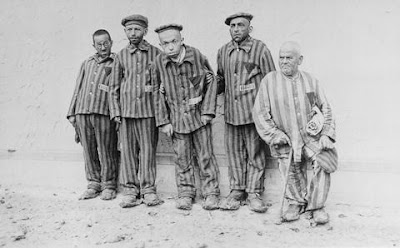 Above: Hitler maintained that the handicapped were a drain on the people's money.

Above: Homosexuals were designated with pink triangles. 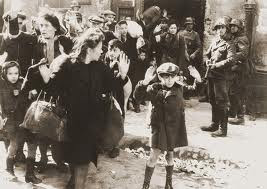 Above: Jehovah's witnesses being rounded up for their "anti-socialist" values i.e. pacifist theology.

Please read Ira Schwartz's blog. Please if you are in D.C Visit the U.S Holocaust museum. And check out these past COH blogs about the Nazi T4 program and the death camp at Dachau.

We must remember what can happen if the world sleeps. We must wake and demand justice for the 27 million enslaved and tortured today. We must. Before the flame of justice goes out.