Human trafficking and modern slavery are now the biggest criminal activity in the world. Their revenues eclipsing that of the illegal arms and drug trades. And it's no wonder with even the unborn being unsafe from these sadistic flesh-traders. As if it isn't enough to prey on the desperation and impoverishment of women, these corporate traffickers from Bangkok, Thailand offer the best baby your dollar can buy. The following story broke today.

Fourteen Vietnamese women have been rescued from sexual slavery in the compound of a surrogate baby trafficking ring in Thailand. Nine of the fourteen women reportedly said that they had been lured to the operation with promises of large payments for giving birth as surrogates, while four said that they had been tricked, according to Major General Manu Mekmok, who leads immigration investigations in Thailand.

“This is illegal and inhuman. In some cases it looks like they were raped,” Public Health Minister Jurin Laksanawisit told the press.

Thai authorities said that the illegal company, called “Baby 101”, received orders by e-mail or via agents from childless couples offering thousands of dollars per newborn. In some cases, the male partner would also provide sperm to inseminate the women, who were being held in two houses in Bangkok and had their passports confiscated unless they agreed to cooperate as surrogate mothers. The Thai government discovered the ring after some of the women emailed the Vietnamese embassy. 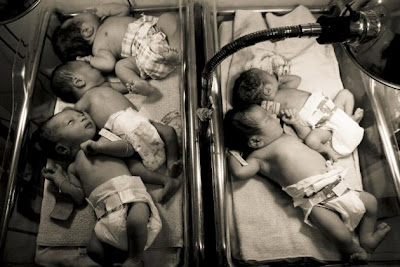 “Baby 101”, which describes itself as a “eugenics surrogate” service, displays pictures of its surrogate mothers living in in the compound on its website. It boasts of the good looks and health of the male sperm donors and the female ovum donors (many of whom look to be in their teens); it shows the houses and hospitals in peaceful grounds with a swimming pool and high security. The women were paid 5,000 USD per baby, while clients paid 32,000 USD plus expenses. 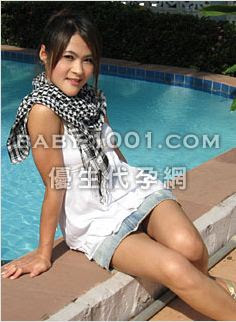 One of Baby 101's "ovum donors" as featured on their website.
“We could create the finest procreation condition for your baby, mainly through the efficient embryo refining, only the superior left for implanting,” the company boasts on its website. It does not mention what becomes of human embryos that fail its eugenic standards.

“In the community where the accommodation is located, there are security lookout in every entrance, severely control the person and vehicles that pass in and out to the community, the guards routinely patrol around 24 hours a day all year,” the company also states, going on to tout a clean environment that is “safe for surrogates living inside.”

Commercial surrogacy is illegal in Thailand. Only close relatives can act as surrogates, and cannot receive payment. The Thai parliament is currently considering legislation that would apply stiff fines and long prison sentences to those convicted of operating surrogacy rings.

“We have to take the issue seriously, otherwise we will become a place for human trafficking involving surrogacy,” Jurin told reporters.

Four Taiwanese, one Chinese and three Myanmar nationals were arrested in connection with the business and charged with illegally working in Thailand. A 35-year-old Taiwanese woman, who police said ran the operation, was also charged with human trafficking.

Thai officials have shut Baby 101 down for now but with the money to be made from "boutique babies" it's only a matter of time before there are more of these "baby farms". Adoption can be one of the most powerful tools in the fight against the sexual exploitation of children, but adopting parents must never buy a child. There are 143 million orphans in the world, many who are still babies in desperate need of loving parents.